What Do Leaders Fear More Than Anything Else? 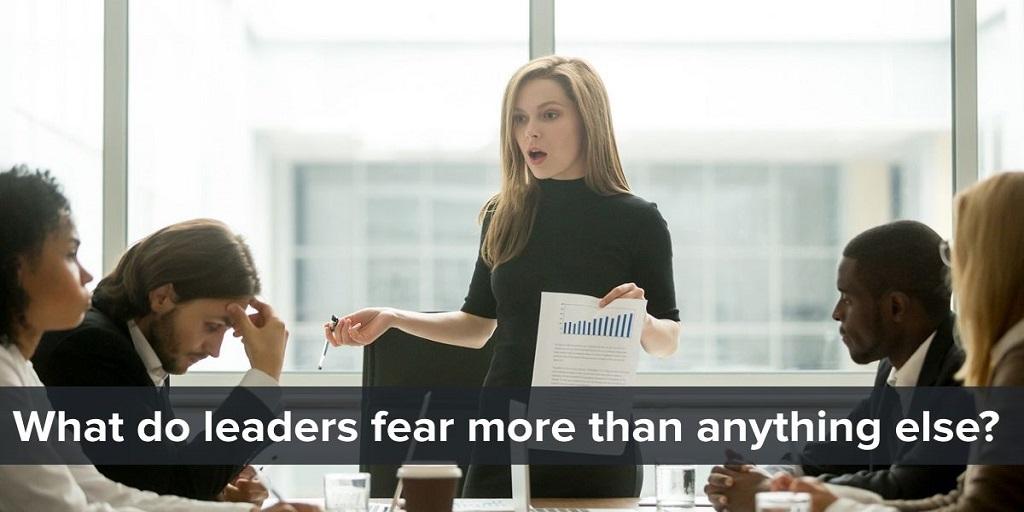 Losing? I mean, the best leaders I know hate losing. They hate losing almost more than anything else in life. In my experience as an HR and TA leader, the biggest reason I’ve seen leaders fail is they were too soft on losing. It didn’t impact them enough. They seemed to be okay with it.

“The greatest sin of a leader is not being defeated, but in being surprised.”

The quote is from Frederick the Great, and for those who have ever worked with me really closely, they know this is a motto I live by! I never want to be surprised! I mean never! To me, it’s my one deadly sin!

I think I’m a decent guy to work for, but work for me and let me be surprised when you could have told me beforehand, but didn’t, and you should just pack up your desk and move on. I’m dead serious. There is nothing I hate worse than being surprised when it was unnecessary.

I get it, sometimes we get surprised, that’s why it’s called “surprise”! But in business, too often, I see leaders get surprised by things that they didn’t need to be surprised by. Someone on their team knew something but didn’t share it with the leader. Now, they might not have shared because they were hoping it would never happen, or they didn’t think, at the time, it was a big deal, then it became a big deal, and now you look like a fool telling your boss, etc.

Maybe they screwed up and were afraid or embarrassed to share what happened. We all have this voice in our heads that tells us, “No, it’ll be okay, this is nothing” and then it becomes something.

I tell those who work for me, I won’t be mad at you screwing up if you tell me before I get surprised by it. Tell me quickly, and we can work to rectify the situation, game plan a better outcome, etc. I want people who for me, as a leader, to be rushing to tell me stuff so I’m not surprised.

No! No, you did not just let me hear you knew someone was leaving but didn’t tell me!

Why is being surprised such a big issue?

There are a number of reasons. Being surprised makes a leader look not in control. How could you not know this!? Are you not the one responsible!? Being surprised puts a leader in an unfavorable negotiating position. If you get surprised, you don’t have time to game plan potential outs and wins.

Being surprised is a leader’s greatest sin because it points to other factors they are failing at within the overall leadership competency.

Tim Sackett, SHRM, SCP, SPHR is the President of HRU Technical Resources a leading IT and Engineering Staffing firm headquartered in Lansing, MI. Tim has 20 years of combined Executive HR and Talent Acquisition experience, working for Fortune 500 companies in healthcare, retail, dining and technology. Tim is a highly sought after national speaker on leadership, talent acquisition and HR execution. He also is a prolific writer in the HR and Talent space, writing for Fistful of Talent and his blog The Tim Sackett Project. Tim is married to a hall of fame wife and has three sons and one dog. In 2015, he was named one of the Top 50 Recruiting, and HR Thought Leaders to follow on Twitter by Glassdoor, which gives him mad street cred with his teenage sons. He is a lifelong workplace advocate for Diet Mt. Dew fountain machines and hugs.