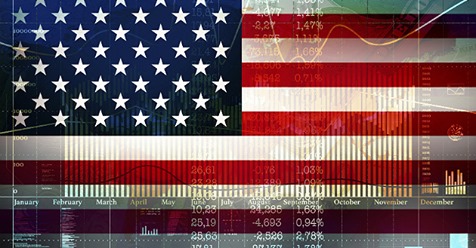 Unemployment is rising, according to the Bureau of Labor Statistics.

In March, total U.S. nonfarm payroll jobs fell by 701,000, versus February's 273,000 new hires, according to a report by the U.S. Bureau of Labor Statistics. March's unemployment rate rose to 4.4% from February's 3.5%, according to the Bureau of Labor Statistics. Efforts to slow the spread of the coronavirus pandemic included local and state orders to practice "shelter in place" and social distancing," as well as closing bars and restaurants. The leisure and hospitality sector accounted for 459,000 layoffs or 65% of March's total job losses.

Unemployment rose among every major worker group (adult men and women, teens, whites, blacks, Asians and Hispanics) in March following February's slight changes. "The number of unemployed persons who reported being on temporary layoff more than doubled in March to 1.8 million," the BLS reported. The federal government temporarily hired 17,000-plus workers for the 2020 Census in March. Workers' weekly hours and aggregate weekly hours declined in March compared with February, according to Elise Gould, a senior economist with the Washington, D.C.-based Economic Policy Institute.

Large firms, however, hired during the coronavirus pandemic at a slower rate. American companies with 500 or more workers added 56,000 workers, versus 133,000 employees in February, according to the Automatic Data Processing National Employment Report, produced with Moody's Analytics.

"These very small businesses weren't doing well in all of 2019 when they shed 93,000 jobs," Frank Knapp Jr., head of the South Carolina Small Business Chamber of Commerce, told MultiBriefs via email. Such small enterprises led the way in hiring as the economy emerged from the Great Recession, according to him.

Ahu Yildirmaz, co-head of the ADP Research Institute, underscored the depth of the economic crisis.

"It is important to note that the ADP National Employment Report is based on the total number of payroll records for employees who were active on a company's payroll through the 12th of the month," she said in a statement. "This is the same time period the Bureau of Labor and Statistics uses for their survey. As such, the March NER does not fully reflect the most recent impact of COVID-19 on the employment situation, including unemployment claims reported on March 26, 2020."

In fact, as the COVID-19 pandemic expanded, a record-breaking 10 million American workers filed for unemployment insurance in the final two weeks of March. The $2.2 trillion stimulus package that President Trump signed on March 27 is a move to provide cash to businesses and households to offset the crises of jobs and health unfolding across the U.S., with its epicenter in New York City.

More is necessary. "Congress must act quickly to mitigate as much of the economic harm from the coronavirus as possible," according to Gould. "EPI estimates that nearly 20 million jobs could be lost by July, and many more could be lost if further action isn’t taken."