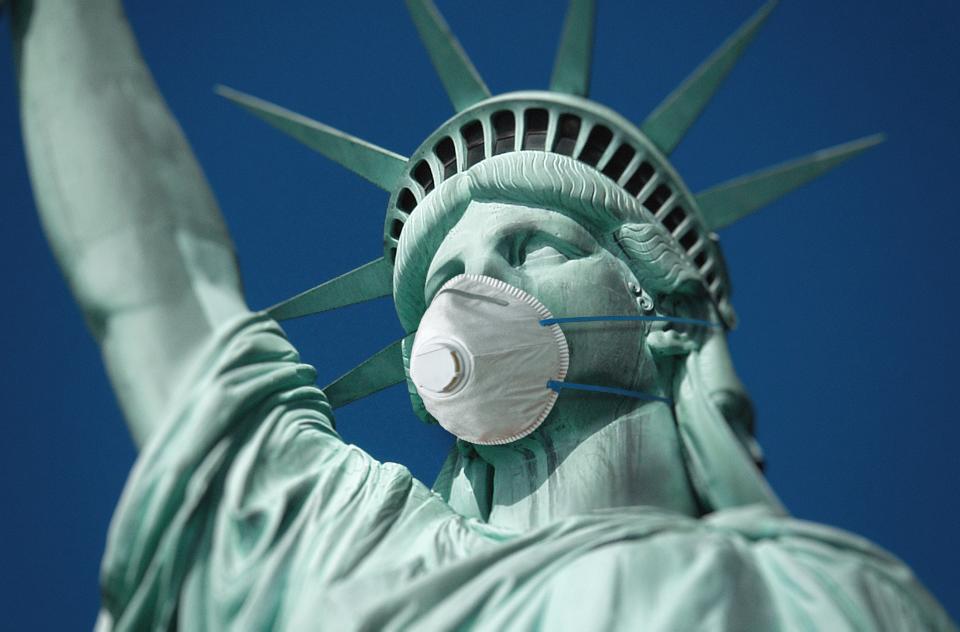 Unemployment insurance data understate how severe this crisis is, because the data do not include self-employed, gig, or part-time workers. Moreover, the data do not take into account those who do not know that they qualify to apply for jobless benefits and those who have stopped looking for work. These numbers will continue to rise as more laid-off workers are able to access the overwhelmed New York State Department of Labor in order to file a jobless claim.
‍
Adding 1.4 million jobless filers to those who had filed in the months before the COVID-19 crisis began now puts New York state’s unemployment rate at about 13%. This high level of unemployment breaks the previous seasonally adjusted post-Great Depression record of 10.3% in February 1976. During the Great Depression, New York state’s peak unemployment rate was about 23%.

Even before the COVID-19 crisis, New York State was lagging the rest of the country in employment and population growth.

Jobless claims have risen in every sector of the New York economy. The hardest hit sectors have been accommodation, food services, retail trade and social assistance.

Unsurprisingly, the largest jobless claims are coming from America’s largest city, New York City, hard hit with closures in the hotel, restaurant, and entertainment industry. Outside New York City, nearby Long Island and the Hudson Valley have had significant rises in unemployment claims.

New York labor market data is very weak and is likely to get worse in the coming weeks as the lockdown continues.  The Empire State Manufacturing Survey released April 15 shows that business conditions in New York state are dire. Survey responses are from April 2-10. The general business index plummeted fifty-seven points to -78.2. By a very wide margin, this is its lowest level in the history of the survey. New York state is in the top ten manufacturing states in the United States, and this significant decrease in business activity does not bode well for the rest of our nation.

“The index for number of employees fell fifty-four points to -55.3, with nearly 60 percent of respondents indicating lower employment levels.” In addition, the data are showing shorter work weeks.

This level of unemployment will put significant pressure on state and local coffers. Even before the COVD-19 public health and economic crisis began, New York state and many of its municipalities had already been exhibiting economic stress. New York states’ significant unfunded liabilities cause it to receive the letter grade ‘F’ from the non-partisan accounting watchdog, Truth in Accounting. This January, in State of the Cities report, data shows that

New York City has $62.7 billion available to pay $249.4 billion worth of bills. New York state’s general obligation bonds have a Moody’s Investor Services single A rating, and the outlook for this debt was changed from stable to negative on March 31. If the debt is downgraded, this will increase the state’s cost of borrowing, precisely at a time when it is under so much pressure.

Wealthy New York counties and towns will not be exempt from the adverse economic effects of COVID-19. Westchester County, often cited as a very wealthy county, has been repeatedly cited by the New York State Comptroller’s office, rating agencies, and Truth in Accounting for its significant economic challenges. Even Scarsdale, one of the richest towns in the U.S. has significant unfunded liabilities. Before the COVID-19 crisis, the median Scarsdale household income was $250,000. Even before the crisis, median income had been decreasing in Scarsdale. And now, with so many Scarsdale residents losing jobs, closing businesses, and having their incomes being cut, that median income will be much lower this year.  Until the pandemic crisis passes, New York state will continue to shed jobs and very, very few New Yorkers are immune from the painful effects of unemployment or decreases in income and savings.