Many Professionals Dread Returning to the Office 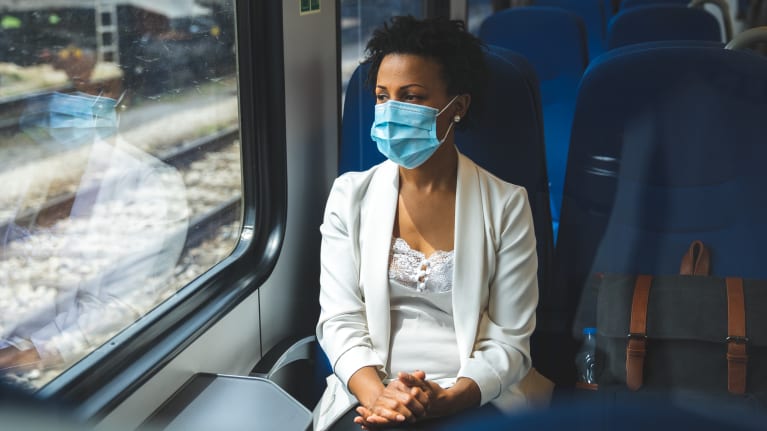 Even as states across the country drop COVID-19 restrictions and allow offices to reopen, many professionals dread returning to the workplace and a majority feel they're more productive at home anyway.

A survey of U.S. professionals in early June by organizational consulting firm Korn Ferry found that half were afraid to go back to the office and 25 percent weren't confident their employer had created a safe and healthy workplace to return to.

Those who wanted to go back were mostly looking forward to camaraderie with co-workers—although in an era of face masks, social distancing and closed communal areas, they could end up disappointed. Nearly 1 in 5 simply wanted a dedicated space for work.

"It was surprising to see such concern about going back and such a division of opinion," said Bryan Ackermann, Los Angeles-based global leader for assessment and succession, leadership and professional development at Korn Ferry. "We've been trying to understand and compare [the findings] to what we're seeing with our clients. What it comes down to is everyone's personal situation is so different, depending on their family circumstances and ability to be productive in a home environment. It reflects the very personal nature of this crisis."

A majority of the 1,044 respondents—64 percent—said they were more productive at home than in the office, even with distractions such as a spouse or children, and only 32 percent said they were highly likely to go in when their companies reopened. When asked what they were most looking forward to about returning to the office, half said they would enjoy seeing their colleagues while 20 percent couldn't think of a single thing.

There was convergence on one issue, however: Nearly all respondents thought there would be fewer in-person meetings even as offices repopulate, and 87 percent were just fine with that, saying they expected to be more productive as a result.

No Rush to Reopen

The coronavirus pandemic upended work in the U.S. in mid-March as states began to issue stay-at-home orders to curtail the spread of COVID-19. Most professionals were able to begin working at home, although the adjustment wasn't always easy. Now as states loosen those restrictions, another adjustment is on the horizon, but there appears to be no great rush by professionals to make it.

At Korn Ferry, which has 100 offices and about 8,600 employees worldwide, 98 percent of staff are continuing to work from home, Ackermann said. The company will monitor the sentiment of its employees and reassess as the situation evolves, he noted, an approach that the firm recommends to its clients as well.

Flexibility Is Key for Now

In early May, Allison Velez, chief people officer for Paladina Health in Denver, described how fear is the greatest obstacle to returning to the workplace and offered tips on how employers should respond, including being flexible about return dates. She also suggested getting employees involved in the process of creating a safe environment at work as well as providing frequent updates on safety steps the company is taking.

As Ackermann noted, the Korn Ferry survey results provide a snapshot in time. Attitudes have changed rapidly since the crisis began, and they will keep changing. For example, the longing for camaraderie expressed by half of the respondents is relatively new, whereas three months ago, employees were more focused on how to stay safe and get set up to be productive at home. "It's not a static discussion," he said. "This is going to continue to evolve as we move through the crisis. Remember when Zoom was the cool thing to do for a while? Now it's not so cool, and people are starting to have Zoom fatigue.

"When there's a vaccine that's been widely distributed and we know we can go back to face-to-face interaction, at that point the permanent cultural changes will settle out and the rest of life will get back to something like a new normal," he added. "But we're still reacting to a very volatile situation. The right answer is to do what people are comfortable doing and be as flexible and agile as we can."